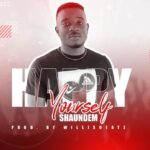 Talented Ghanaian musician, ShaunDem, has finally released his much-anticipated Christmas banger. The song which is titled ‘Happy Yourself’ has the perfect beat that brings out the beautiful party grove.         ‘Happy Yourself’ talks about the fact that one needs to take a break and enjoy the fruit of one’s labor. The song was produced by WillisBeatz one ... END_OF_DOCUMENT_TOKEN_TO_BE_REPLACED 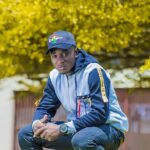 The magnificent mixed genre artist now, ShaunDem is releasing sooner his most awaited new single dubbed ‘Happy Yourself’. The song is set to be out in the air on Sunday, November 20, 2022. This hit song is loved by all due to the content of the message it carries, which portrays, one has to give themselves a break in whatever ... END_OF_DOCUMENT_TOKEN_TO_BE_REPLACED 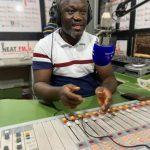 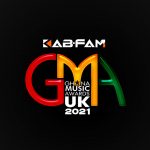 During the announcement of nominees and launch of the Ghana Music Awards UK 2021, the organisers unveiled Kab-Fam Ghana Limited as the title sponsors of the event.   Having held the previous editions without title sponsors, this agreement with Kab-Fam will go a long way to not only make this years event a success, but will improve the event in general.   Per ... END_OF_DOCUMENT_TOKEN_TO_BE_REPLACED 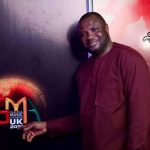 e list of nominees for the 2021 Kab-Fam Ghana Music Awards UK have been announced at a well-attended event held at the La Palm Royal Beach Hotel. Fans of artists and music lovers have from now till October, when the main event will be held, to vote for who they think deserves to win in each category. Below are the ... END_OF_DOCUMENT_TOKEN_TO_BE_REPLACED 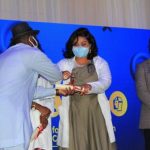 Renown Gospel musician Empress Gifty at the lunch of Millennium Promise Alliance Campaign at the Marriott Hotel Accra Ghana was today appointed as an Ambassador to push a campaign to the door step of the ordinary Ghanaian. The project which is aimed at soliciting for funds to supply One Million PPEs For Frontline Health Workers across the length and breath ... END_OF_DOCUMENT_TOKEN_TO_BE_REPLACED 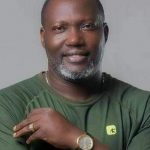 Popular kumawood actor Bernard Nyarko known for his comic relief style and advisory characteristics passes on. News of his sudden demise was confirmed by musician, radio presenter and DJ, Andy Dosty on an Instagram post on Saturday 2 may 2020. “Oh Lord, I don’t want to believe you’re gone. God be with you my friend,” an Instagram post by Andy ... END_OF_DOCUMENT_TOKEN_TO_BE_REPLACED 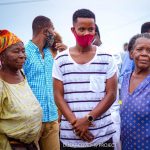 There are many ways to give, whether it’s through offering your time or resources. Regardless of the method taken, helping others is beneficial to not just those on the receiving end, but the ones doing the helping as well. In hard times like this , Ghana needs young strong people to stand and help the country In every little way ... END_OF_DOCUMENT_TOKEN_TO_BE_REPLACED 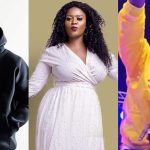 Lack of innovation & creativity by Journalists causing unhealthy & unnecessary beefs in the industry. This might be a bit winding but I hope you bare with us small so we take a little bit of your Lockdown time. Naturally as humans when there’s a fight between 2 people on the street you will find a lot of people surrounding ... END_OF_DOCUMENT_TOKEN_TO_BE_REPLACED 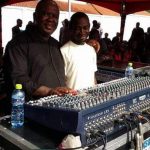 Prior to the establishment of modern studios in Ghana, there existed other studios. Notable amongst them were the Ghana Films Industry Corporation, now TV3, Elephant Walk at the North Kaneshie, now the Lighthouse headquarters, Bokoor studios at Ofankor,owned by Professor Collins, Faisal Helwani studios at Osu, Ambassador Records in Kumasi was phasing out, Sid Studios, owned by Alhaji Sidiku Buari ... END_OF_DOCUMENT_TOKEN_TO_BE_REPLACED