I am a citizen and an NDC Zealot I am the son of the Gong Gong Beater Who must lead the NDC? Do we Retain or Change? God already knows the end from the beginning because he is the ALPHA and OMEGA. Anyway who can be that leader in the NDC. A leader is the executive of the other ... END_OF_DOCUMENT_TOKEN_TO_BE_REPLACED 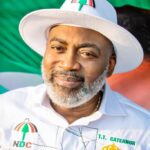 I am a citizen and an NDC Zealot I am the son of the Gong Gong Beater who is coming in peace An Igbo Proverb says that “A fly that does not heed to advice follows the corpse to the grave” Article 24 of the NDC constitution makes provision for the Council of Elders. It gives some very important personalities ... END_OF_DOCUMENT_TOKEN_TO_BE_REPLACED 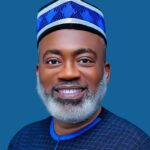 I am a citizen and an NDC Zealot I am the son of the Gong Gong Beater Coming events cast thier shadows. Do you believe in your own judgment? The National Election must end in praise after we cast our votes. That hurdle of Constituency and Regional Elections have been cleared. National Elections approaching fast but with unnecessary smearing dirt ... END_OF_DOCUMENT_TOKEN_TO_BE_REPLACED 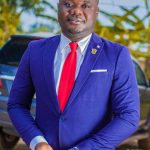 At the outset, the government must be commended for extending the deadline for the SIM registration to 30th September, 2022. This is a mark of a listening and empathetic government determined to promote inclusive development and growth, through and through. The master stroke in all this is the introduction of the SIM Registration App which will be available for ... END_OF_DOCUMENT_TOKEN_TO_BE_REPLACED 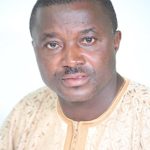 WHAT IS DESTROYING US? What is destroying Ghana and by extension Africa is NOT Lack of Leadership. It’s rather Lack of Truthfulness in every spheres of our lives.   Lack of Truthfulness has led to Lack of Justice which has resulted in Lack of Development in All Sectors and Spheres of our country Ghana and continent Africa. Be it ... END_OF_DOCUMENT_TOKEN_TO_BE_REPLACED

The Ameri power plant was finally handed over to government after the Build, Own, Operate, Transfer (BOOT) contract elapsed. It is has now been transferred to the VRA and would be subsequently moved to Kumasi. The AMERI power deal came to fore because the then Opposition NPP used it as an election campaign against the John Mahama administration citing corruption. ... END_OF_DOCUMENT_TOKEN_TO_BE_REPLACED 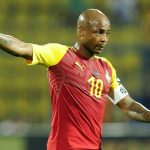 The Black Stars have failed to qualify for the knockout stage of this year’s AFCON. Although most Ghanaians are very disappointed with todays results, most Ghanaians would be the first to admit that we have played second fiddle in this year’s AFCON. To have crashed out to a new comer like the Comoros completely tell us how far the standards ... END_OF_DOCUMENT_TOKEN_TO_BE_REPLACED 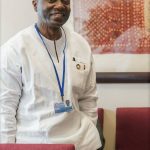 The Finance Ministry responding to latest reports by Bloomberg and Fitch on our debt sustainability has stated that the fundamentals of the economy are strong. That can’t be further from the true state of the economy. It is said in our local parlance that  ”  A man whose mother is dead and says She is sleeping is only deceiving himself.” ... END_OF_DOCUMENT_TOKEN_TO_BE_REPLACED 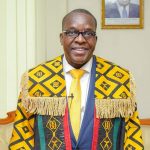 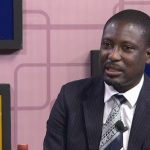 The Deputy Communications Director for the New Patriotic Party (NPP) Richard Nyamah has accused the National Democratic Congress (NDC) of hypocrisy in relation to the execution of the free senior high school plan. He stated that the NDC went to the Supreme Court in an attempt to halt the policy’s implementation and also sponsored over 40 anti-free SHS campaigns in ... END_OF_DOCUMENT_TOKEN_TO_BE_REPLACED