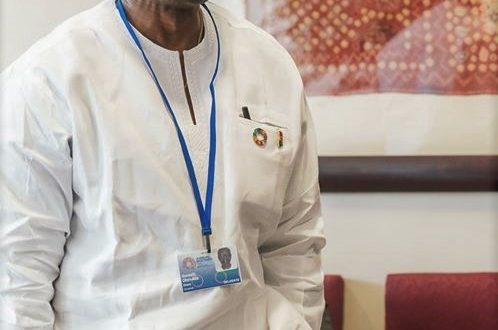 The Finance Ministry responding to latest reports by Bloomberg and Fitch on our debt sustainability has stated that the fundamentals of the economy are strong. That can’t be further from the true state of the economy. It is said in our local parlance that  ”  A man whose mother is dead and says She is sleeping is only deceiving himself.” The first step in tackling any problem is admitting in the first place that there is a problem. The stance by the Finance ministry that our economic fundamentals are still strong is laughable. Its amazing how this government keeps lying to itself and take the people for granted.

In the 2008 financial crisis, most countries started implementing austerity measures but in this covid-19 pandemic the reverse is the case. Most countries are spending their way out of recession. Central banks are moving to inject liquidities in the market to stimulate growth. However in Ghana we are being bombarded with new taxes which ultimately would be detrimental to the long term growth of the economy. Our bonds in the International market has plummeted. We are paying high interest on already existing bonds and new bonds will definitely attract higher interest rates. The downgrading of our credit ratings from B to B- further dampens investor confidence in the economy. High inflation in the US has necessitated the Federal Reserves to increase Interest rates. This means investors are more likely to damp our bonds for US ones. This would definitely lead to the rapid depreciation of the Cedis, and reduce our foreign currency holdings. The move by the Central bank to inject hundreds of millions of Cedis into the economy to stabilize the Cedis is very short sighted and would further reduce our foreign reserves.

The logical thing for this government to do is to rationalize expenditure and go for an IMF bailout. However the government and the Finance Minister would never agree to any IMF bailout in any form due to three reasons. Firstly, it was a political campaign message that the erstwhile administration has taken Ghana to an IMF program. Going back to the IMF would not be politically expedient to them. Like the unpatriotic politicians that most Ghanaians have become, they would rather see Ghana bankrupt than to do anything that jeopardizes their electoral fortunes

Secondly entering into an IMF program means that the IMF would look into our books. Many season economist have held the opinion that the Finance minister has been cooking the books. Since the IMF would not dance to government tunes, they are reluctant to seek their help lest the true state of the economy is known.

Thirdly the government has no intention to rationalize expenditure or bring some discipline in its spending. The Auditor Generals report has found numerous malfeasance in the MMDA’s leading to a whooping GH 20 billion Cedis from 2017 till date. The 2022 Budget is proposing a 3.2 billon Ghana Cedis for the office of government machinery. This can be rounded up to around 500 million dollars equivalent to what the United States of America spends on it s budget machinery. Coupled with the unbridled ostentatious lifestyle of the president, the finance Ministry can simply not go to the IMF because they will first insist on financial discipline.

We find ourselves in perilous times and those who must take action wont do it because of partisan political interest. If it were anywhere in the western world, the Finance Minister would have resign a long time. If it were the United States, he would be facing a senate enquiry. More taxation wont get out of this economic quagmire we find ourselves if we don’t first admit to the challenges we face in our economy. This Finance Minister is the worst Finance Minister we have ever had in our nation’s history. Only time would bring him to account.