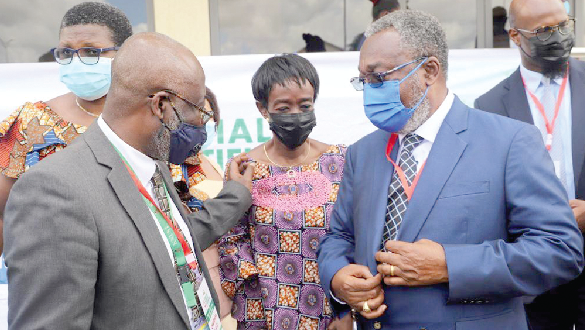 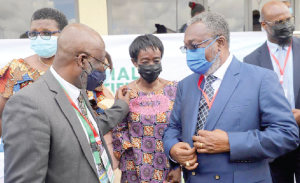 Dr. Anthony Nsiah-Asare, the President’s Health Advisor, announced the news in Kumasi this week and urged health professionals and the scientific community to improve the public information campaign in order to keep the fight against COVID-19 going.

He stated there was too much misinformation in the system, especially on social media, that was attempting to obstruct the government’s response to the pandemic, and he urged health personnel to get active in correcting such misinformation and disinformation.

Some people, he claimed, were urging people not to take the vaccines because they still believed the virus wasn’t genuine.

Dr. Nsiah-Asare, who delivered the keynote lecture at the Ninth Biennial Science Conference of the College of Health Sciences at Kwame Nkrumah University of Science and Technology (KNUST) on Wednesday, said the vaccines are important in order to ensure we are safe from the virus.

“Once we have a lot of people vaccinated, then we cut down on the number of the vulnerable people in society and then we are winning the fight,”

“vaccines are what we need.” he added.

According to him, despite the fact that the country had achieved headway in the fight against the disease. “I must admit and emphasise that the battle is still far from over” he said,

Dr. Nsiah-Asare explained that as new and more contagious strains of the virus emerged, the government’s immediate and overarching plan was to accelerate vaccination in order to achieve herd immunity and reduce transmission.

“The government is committed to obtaining sufficient vaccines in order to make vaccines a national public good that is available to all citizens,” he said.

“As additional data safety becomes available, the vaccination will be expanded to cover children and pregnant women,” he assured.