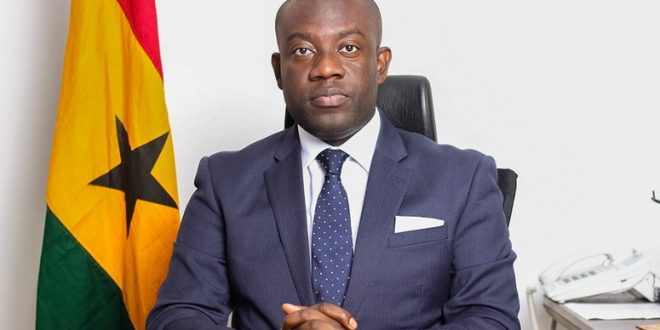 The Right to Information (RTI) Commission has been prevailed upon to expedite action on the processes would see the passage of the needed Legislative Instrument to fully operationalize the Right to Information Act.
On March 26, 2019, the 7th Parliament of the 4th Republic enacted the Right to Information Bill, which was signed into law by President Nana Addo Dankwa Akufo-Addo on May 21, 2019. It was, however, planned to go into effect in January 2020, in order to be included in the 2020 budget. It has been without a Legislative Instrument since it went into effect in January 2020.
The absence of an L.I, according to Yaw Sarpong, Executive Secretary of the RTI Commission, does not impede the implementation of the law, which had been in the works for over two decades before being passed in 2019 during the Nana Addo Dankwa Akufo-Addo administration.

It is recalled that the Commission in February requested public feedbacks in drafting the Legislative Instrument which it will subsequently be presented to Parliament.

“What the L.I is supposed to do is to make up for some of the loopholes in the law but is not supposed to redraft the law. But the law we have it but the L.I we’re working on to make sure it’s a more representative regulation”, Executive Secretary, Yaw Sarpong told Komla Adom on TV3 Midday Live.

The RTI coalition, on the other hand, maintains a different viewpoint. According to the coalition, one of the two key constraints impeding the law’s effective implementation is the lack of an L.I.

“Without an LI to clarify and expand the provisions of the Act, interpretation of the law becomes a challenge, therefore, leaving the provisions of the Act at the mercy of unguided authority.
“We call on the RTI Commission to speed up the process on the LI development, as we call on all other stakeholders, including the Parliament of Ghana, to support its adoption”, the coalition said in a statement.

At an event in Accra to dedicate the RTI Commission’s headquarters, Information Minister Kojo Oppong Nkrumah praised the commission’s seven-member governing board for their efforts since its inception in October 2020.

He however said there are other key areas that need to be given priority including the need to have the L.I in place.

“Continue to work with us to quickly complete the Legislative Instrument (L.I) that needs to be laid before parliament so that the necessary impetus can be given to the Act to function fully”, he said.