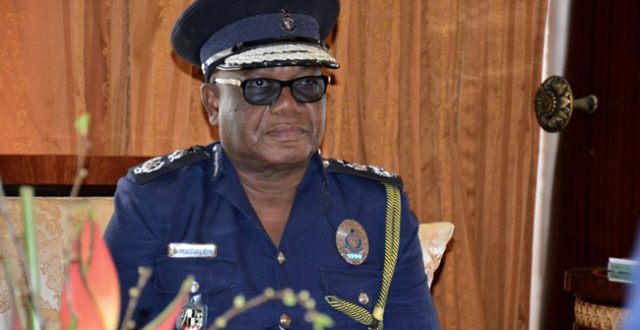 Mr. John Kudalor, a former Inspector General of Police (IGP),has encouraged chiefs against intervening in politics if they want to ensure effective transformation and development of their respective communities.
He claimed that chiefs’ engagement in politics would not only stymie growth, but would also deprive the people vital socioeconomic advancement.

The former IGP made the remarks while speaking at a meeting hosted by the Agona Nyakrom Traditional Council in Nyakrom, Agona West Municipality, Central Region. Mr. Kudalor was accompanied by Mr. Kwesi Ahwoi, former Ambassador to South Africa and former Minister of Interior under President John Mahama’s regime.

He stated that by their position as traditional rulers and custodians of the customs of their respective towns, chiefs were supposed to remain neutral in their day-to-day administration to enable them get a fair share of the national cake for their citizens.

Mr. Kudalor urged the chiefs to work hard to eliminate negative tendencies that may transform their palaces into courts to resolve situations that could have ramifications for them and their people.

According to him, chiefs were installed or enskinned by their royal families to promote peace and safeguard their people while seeking their wellbeing, adding that engaging in any parochial and selfish interest that could jeopardize the well-being of the masses would be counterproductive.

Nana Adu Peseko VII, Gyantuahene of Agona Nyakrom, raised worry over some biased reporting slandering some traditional rulers without cross-checking the facts in the country.

He advised journalists not to sit in the comfort of their air-conditioned offices and publish defamatory news.