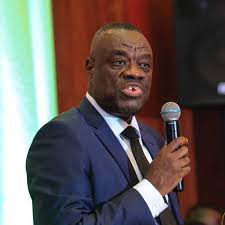 He said as the umbrella body of tourism promotion globally, the UNWTO was in a better position to lobby developed nations to contribute appreciable quantities of the vaccines to support especially developing countries as part of the global vaccination drive.

According to the minister, developing countries have difficulty getting vaccines due to their scarcity and high cost, necessitating the UNWTO’s intervention.

Dr. Awal was said this last Monday at the 41st World Tourism Day celebration in Abidjan, Cote d’lvoire, on the theme “Tourism for Inclusive Growth.”

Tourism ministers and other key stakeholders from countries including The Gambia, Spain, Mali, Niger, Tanzania, Togo, and the Democratic Republic of the Congo attended the event.

“COVID-19 has had a devastating impact on livelihoods and jobs around the globe and it is time nations supported one another to minimise the effect of the pandemic and stimulate economic growth,” Dr Awal said.

“Ghana is one of the most peaceful countries in Africa, with a favourable investment climate and proactive leadership,” Dr Awal said. 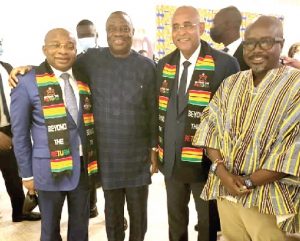 Mr Patrick Jerome Achi, Prime Minister of Cote d’lvoire, stated that the epidemic had a severe effect on the global economy, including Cote d’lvoire’s.

According to him, international tourist visits have dropped by more than 66%, impacting the country’s revenue generating and job creation.

He urged nations to collaborate in order to battle the virus and revitalize the tourism industry.

For his part, UNWTO Secretary-General Zurab Pololikashvili stated that in order to achieve inclusivity, there must be political and economic commitment to invest in people and places.

He defined ‘inclusive’ as anyone with an interest in tourism having a say in the sector’s destiny.

He expressed gratitude for the large number of ministerial representatives who attended the event, which he described as a record for any official World Tourism Day celebration attendance

“This is very encouraging and confirms that the need for an inclusive policy is a shared priority in our sector,” he added.

Mr Siandou Fofana, Minister of Tourism and Leisure of Cote d’Ivoire, for his part, emphasized the importance of African countries, in particular, removing restrictions that impeded intra-continent travel. This, he claims, will not only boost trade and investment on the continent, but will also contribute to an increase in tourists. He thanked the UNWTO for selecting Cote d’Ivoire to host this year’s event.