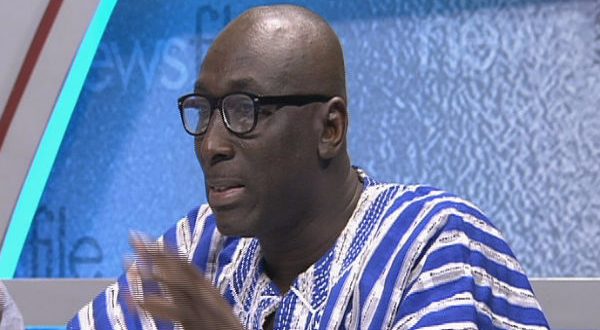 Abraham Amaliba, a member of the National Democratic Congress (NDC) legal team, has stated that Metropolitan, Municipal, and District Chief Executives (MMDCESs) should be elected in Ghana.
However, he believes that elections should not be held on a partisan basis.

On Saturday, September 25, he said this on TV3/3FM’s Key Points while commenting on a statement made by the Deputy Minister of Local Government, Decentralisation, and Rural Development, Osei Bonsu Amoah, who claimed on the same show that the proposal to elect MMDCEs would be reconsidered.

Mr. Osei Bonsu stated that, while broader stakeholder consultations have already been completed, those who have still to be contacted will be approached in order to submit papers on the move.

Reacting to this, Mr Amaliba questioned why every institution of our administration is politicized.

“Why are we interested in politicising every structure of our governance therefore, it should be based on partisan. If we think that we want to do some elections at the district level we can still do it but not on partisan basis.

In this regard, Mr Dennis Miracles Aboagye, a former Municipal Chief Executive (MCE) for Akuapem North, stated that the NDC’s last-minute decision to oppose President Nana Addo Dankwa Akufo-proposal Addo’s to have MMDCEs chosen during his first term in office amounted to a betrayal.

Commenting on the announcement of the MMDCEs list by Local Government Minister Dan Botwe on Sunday September 19, Mr Aboagye said on the New Day Show on TV3 with host Johnnie Hughes on Monday September 20 that “For me, this whole discussion brings us to the processes and modalities we use to appoint MMDCEs. I have always agreed with the president and I have stood by him when he says that we need to elect our MMDCEs . Unfortunately, we started a very lengthy process and then along the line our friends from the NDC who were on the same table with us from scratch on the principle of going to elect our MMDCEs on partisan basis abandoned us.

Mr. Akufo-Addo ordered the withdrawal of a Bill in 2019 that sought to change Article 243(1) of the Constitution, which permits the President to designate Metropolitan, Municipal, and District Chief Executives (MMDCEs).

In a national address, the President announced the cancellation of the December 17, 2019 referendum on an amendment to Article 55 (3) of the Constitution to allow political parties to participate in local level elections, as well as plans to allow for the election of MMDCEs, as he promised ahead of the 2016 elections.

“It is with deep regret that I have given instructions to the Minister of Local Government and Rural Development …to abort the process and see to the withdrawal of the Bills for the amendment of the Constitutions both in respect of Article 243 (1) and Article 55 (3).”

MMDCEs: OB Amoah explains why the President’s nominee for Yendi was rejected