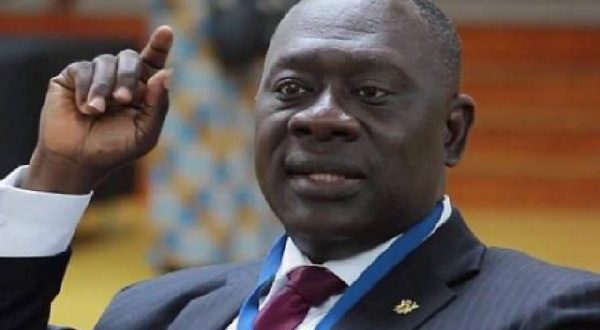 MMDCEs: OB Amoah explains why the President’s nominee for Yendi was rejected

Mr. OB Amoah, a lawmaker for Akuapem South, told host Dzifa Bampoh that the president’s nominee failed because some people are disappointed with his performance.

“He was re-nominated, meaning he was the incumbent and so some persons may have been dissatisfied with how he runs the place.” He added “He has gone through the first round, we are hoping that he will do more consultations.”

He went on to say that there are other variables that make it difficult for some of the nominees to pass the approval process.

“A lot of the MMDCEs will go through. We should also take into consideration the fact that there some assemblies that our friends from the other side (opposition party) nominate, sometime it impedes the smooth.
“Sometimes they come out to genuinely support nominees.”

Yussuf Abubakar, polled 21 votes out of a total of 41 ballots on Friday September 24. Regional Electoral Commissioner Lucas Yiryil who declared the results said the nominee had 51 percent of the votes and is qualified for a second round, which will be conducted by the Electoral Commission within 10 days. The nominee served as the Municipal Chief Executive (MCE) in President Akufo-Addo’s first term.