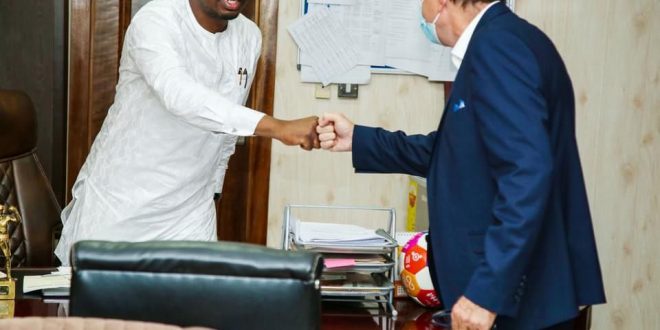 Milovan Rajevac, the new coach of Ghana, met with Mustapha Ussif, Minister of Youth and Sports, in Accra on Friday, September 24 for an official introduction.
The Serbian tactician was among those who joined a group led by Ghana Football Association President Kurt Edwin Simeon Okraku.

Mustapha Ussif, his deputy Evans Opoku-Bobie, and Chief Director Alhaji Hafiz Adam welcomed the team. Milovan Rajevac was introduced on Friday at the GFA headquarters in Accra to begin a one-year renewable term. He will be helped not only by Maxwell Konadu, but also by former Ghanaian international Otto Addo.