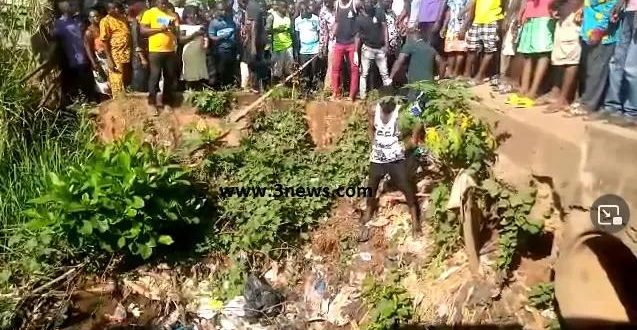 Dead Body Found In A Sewer In Manya Krobo

The death of a man in his fifties has shocked residents of Manaaam in the Lower Manya Krobo Municipality of the Eastern Region. On Sunday, the man’s body was discovered in a trash-filled open drain.
His family discovered his identity in the wee hours of the morning.
When a search of his room was done, he is reported to have left the television and radio on.

The matter is already been investigated by the Odumase Krobo Divisional Police Command.
The body was taken to the Atua Government Hospital to be autopsied and preserved.

The Lower Manya Krobo Municipality has discovered five bodies in drains and trash sites in various areas over the last three months.