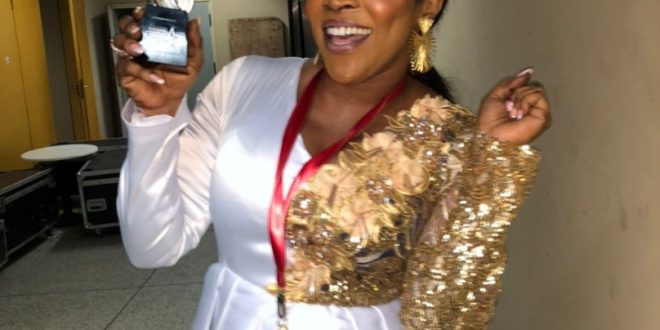 Born Jemima Annor-Yeboah, the fast-rising gospel artiste won the hearts of patrons with her inspirational and Holy Spirit-filled songs. 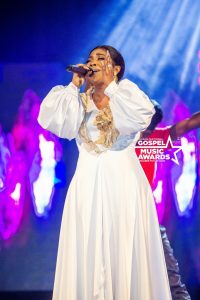 It was a delight to watch when Jayana took to the giant stage to minister her songs ‘I Believe’ and ‘Gye W’ayeyi’. She performed with her sister Aduhemaa confirming to audience the power behind their voice.

Not only did the “Victory” hitmaker wowed patrons with her sweet soothing voice but also with a stupendously invigorating stage performance that resonated great cheers from the audience.

The Red Carpet experience of the awards night which was integral part of the annual Ghana National Gospel Music Awards was also hosted by Margaret Akua Bardenred.

JAYANA is a Ghanaian contemporary gospel singer and an entrepreneur. She is noted for her powerful and captivating vocal.

A great voice is the cornerstone of great music and it doesn’t matter whether it’s a soaring soprano or distinctive baritone.

Jayana has a heavy, powerful voice with a timbre (sound quality or colour of the voice) and she is capable of singing long beautiful phrases.

Known for her soul-touching ministrations, making an immense impact on followers of gospel music JAYANA is able to carry a tune, hit certain notes, and minister or perform for others with her voice.

She possesses all qualities of a great vocalist making her a distinct from other notable or up and coming female musicians.

For her, she is devoted to her music craft, works incredibly hard, and she is willing to sacrifice and do what it takes to become the best she can be and stay on top. 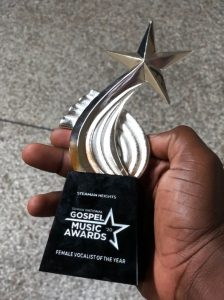 It is really not surprised she was birthed from the popular music reality show STARS OF THE FUTURE- season 1, organized by Charterhouse, an event management and audio-visual production in Ghana.

Stars of the Future platform offers participants the opportunity to go through a rigorous process of voice training as compared to other music reality shows.

Jayana’s inimitable voice propelled her to churn out songs like I Believe, Who You Are, Gye W’ayeyi among others.

With a vocal range that spans four full octaves, Jayana’s whistle-notes are her identity.

Jayana is also an accomplished songwriter and a lead singer of the Action Chapel International Choir, Spintex Branch.

Jayana’s formative years were spent soaking up the contemporary gospel, and praise and worship.

She is the second daughter of the Late Bishop Dr Augustine Annor-Yeboah, founder of Christian Praise International Centre (CPIC). 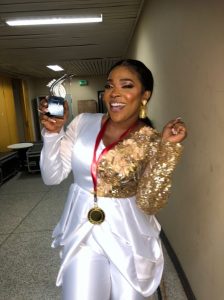 She was nominated in the Best Vocalist category in Ghana Music Awards after releasing her first album in 2006.