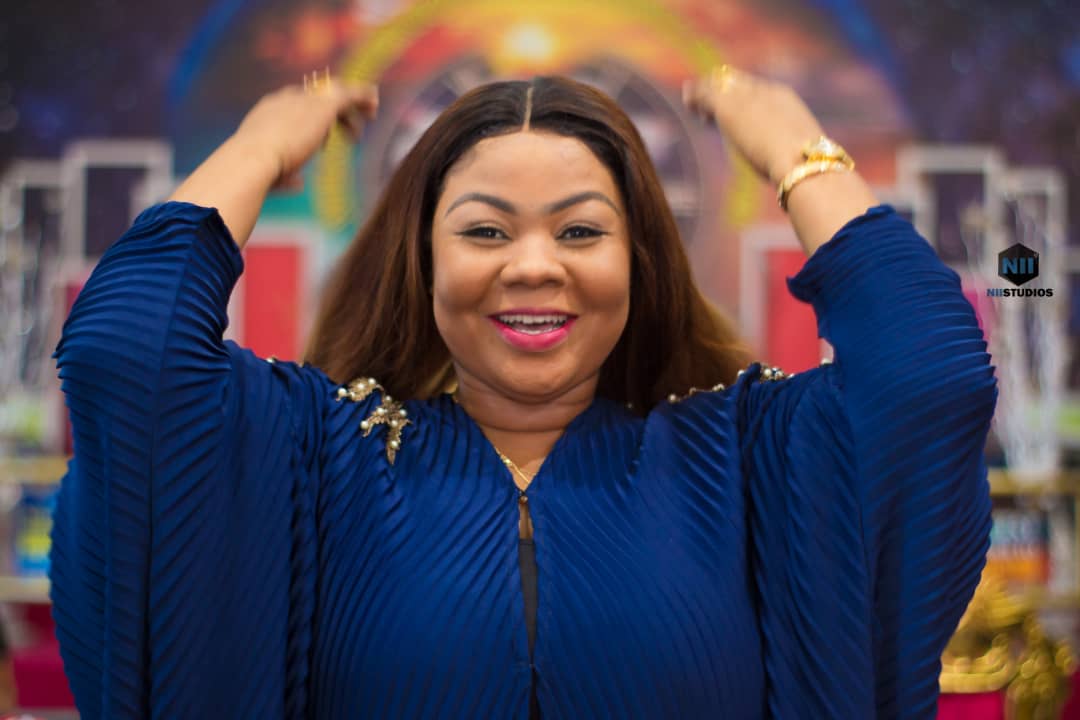 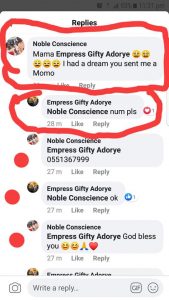 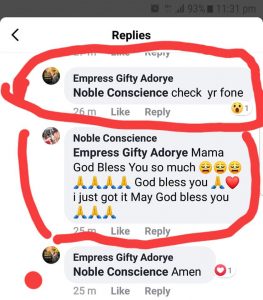 Screen goddess and Gospel diva Empress Gifty has surprised a fan on Facebook by dropping a MoMo cash into his account.

In a post where Empress Gifty thanked the President of the Republic of Ghana His Excellency Nana Addo Dankwa Akuffo Addo for announcing the total lockdown of the Greater Accra Region and Greater Kumasi starting from Monday, the fan who goes by the name Noble Conscience commented under her post “Mama Empress Gifty Adorye, I had a dream you sent me a momo”

Empress Gifty upon seeing the fans comment under her post, asked him to drop his number. The gentleman posted his number and later confirmed in few seconds in a great surprise and in joyous mood he had received the MoMo. “Empress Gifty Adorye, Mama God bless you so much. ?????? God bless you❤. I just got it. May God bless you.” Noble Conscience, The fan confirmed.

This act of Empress Gifty has brought on her alot of commendation and applauds on social media for surprising the fan in that manner. Especially in this hard time that everybody needs somebody’s support.