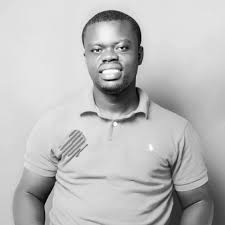 Obeng Mensah Jacob popularly known in showbiz as Obeng Mix has said, the Ghanaian Entertainment industry is wicked to players of the art who are living outside Accra.

He made this allegation in a conversation with this reporter over the weekend when Flex Newspaper visited his studios in Kumasi. According to Obeng Mix, the entertainment industry has been unfair to the entire nine regions except Greater Accra Region. He added that, it is high time we get a Government that can work around and neutralize the opportunities for all industry people so we can also be of a help to the nation building.

‘’Truth must be told, we have not been treated well at all with the biasness of our industry. Trust me, there are a lot of talents across the length and breadth of this country but what happens? If you are not living in Accra or have someone who represents you in Accra pushing your staff there, you can never make it. You will only become the local champion and the whole country will hardly hear you or know your kind of Gods giving talent’’ He expressed

The Sound engineer Obeng Mix who had his formal education in Sunyani Twene Amanfo {TASTECH} and completed in 2005 added that, there is no artist or sound engineer who has been able to make it without some hands in Accra.

‘’You can look through, all the musicians or sound engineers who were able to make it, have all moved to Accra. Most of them go and come back and others have managers who live in Accra. Is that the way the industry should treat us? Certainly not. Today, we don’t have even Television Stations in any of the regions, except some few ones in Kumasi but those few ones are even moving gradually to Accra. No event centers for our industry. No sponsors, in fact, nothing. I think the Government can help us neutralize the system’’ Obeng Mix added.

Obeng Mix (Na True) started learning and playing of Keyboard at a very tender age. He learnt sound engineering on the internet mainly At www.audiomasterclass.com and in the year 2005 after Secondary education was employed by Kay Dee Recordz in Sunyani and later moved to a recording studio in Kumasi called New Life Recording Studio but now works with a lot of production houses in Kumasi and Ghana at large.