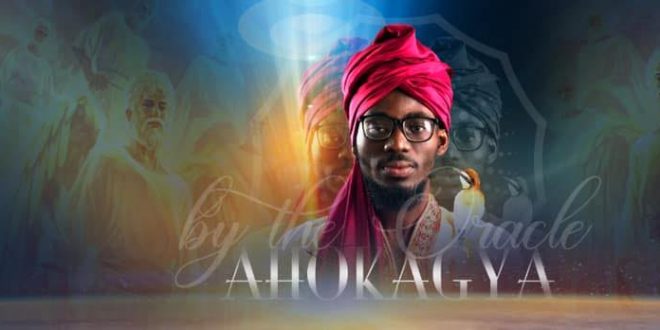 The second edition of #Unveilling #An Atmosphere Of Spirituality, a deeper revelation and unprecedented Supernatural Show organized by the team of AHOKAGYA at the Snap Cinemas, Accra City Hall had some of the highest moments in the history of Ghana as the event was held on the 25th of June 2022. The show saw over 400 people, which was real encouraging compared to the previous edition. 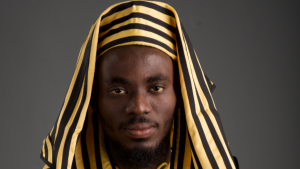 Tradition was in place as the <Boboobo Dance Group> were present with their ear itching drumming and eye catching Bobobo dance to entertain the audience with their energetic moves and ears tickling songs. They kept the audience laughing out loud throughout the beginning and end of the show.

At 6:23pm, the rhythm and atmosphere changed in the hall when the MC Robert Senyo Yao Doe introduced the power man of the house , he urged everyone to cease movement and there was total silence and more lightning when the MC again asked the house to be upstanding as the Oracle AHOKAGYA finally came on stage and he handed over.

Already, the stage was also set with a table, and five empty glasswares. On the floor of the stage was found a big pot, bottled water, fruit juice, poison and other items known and unknown to audience.
Founder of Díkaios, Oracle AHOKAGYA, the spiritual president and mind reader stood many minutes murmuring and then, did a sign gesture asking the house to get back on their seats.
He then started narrating a story how he and two other guys survived among 300 people in their spiritual journey. Along side, 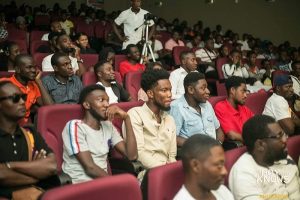 AHOKAGYA the master mind reader, a gob – smacking performance as he was able to choose and drink four out of the five glasswares , which 4 was filled with water and one with poison, it was mind boggling as he called on random people from the audience to do all these, from filling of water and poison, and even interchanging the glass , which he was still able to choose the right glasswares out of the poisonous one while blind folded.

Furthermore, he spine – tingle everyone as he was telling people what they did or happened to them in their past, their present and future, with solutions. This got many astounded as people were all excited and amazed calling him different names in their own understanding and meanings after the show.
Indeed, it was #Unveiling #AnAtmosphereOfSpirituality.

Unveiling by AHOKAGYA is a power packed of entertainment, music , cultural dance , fully spiritualism and many more.

Ghanapubliceye.com spoke with some few people after the show , and yes, they are in full suspense as to what the next edition will be, others staggering and wished the program didn’t end and wanting to go and meet him personally or book an appointment with him. 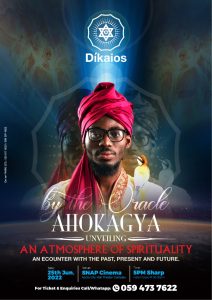 #Unveiling #AnAtmosphereOfSpirituality is established to educate, entertain, sell the rich Ghanaian culture, telling the life ahead and before you. The show will be held annually. Link up on AHOKAGYA for more insights of different kinds and types on all his social networks.