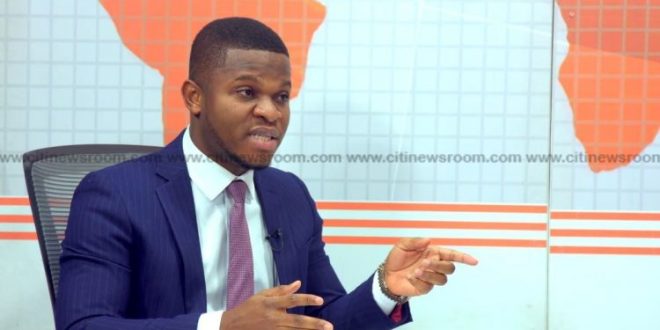 The National communication officer for the National Democratic Congress (NDC), Lawyer Sammy Gyamfi has said that the government’s decision to reverse benchmark value discounts is one of the most insensitive and wicked decisions government has taken.

It will be recalled that in April last year, Vice President Mahamudu Bawumia at a town hall meeting in Accra on the state of the economy, announced a reduction in the benchmark values by 30 percent. The government in 2019 reduced the benchmark value or delivery values of imports, by 50%, except for vehicles which were to be reduced by 30%. This was to reduce smuggling while increasing its revenues.

But speaking on Metro TV’s Good Morning Ghana, the NDC communicator, argued that the benchmark discounts introduced in 2019 was not a favorable to Ghanaians and it should be reversed.

“We must first of all understand that the benchmark discounts which were introduced in 2019 under the auspices of Bawumia was not a favor government borough us.

According to him, benchmark values should only be utilized if the government suspects that the import duty is being understated when goods are brought into the country.

“The benchmark values were only used in exceptional circumstances, so ordinarily when you bring something into Ghana, the import duty is calculated based on the value on your invoice. But when government suspects that you have done under invoicing the value, then the commissioner has the power to use what is called the commissioners value to assess that import duty so that was the exception or the general rule.”

The NDC communicator also stated that since the introduction of the reversed benchmark discounts, imports duties have increased because the values are significantly more than the value paid.

“Now they came into office and then they said they will now make the exception the general rule. So for every product you bring to Ghana, we will use the commissioner’s value which is what we called benchmark value. And immediately they did that import duties went up. That is why you will recall that even though at the time that they have removed one percent special import levy, the people in ‘Abossokan” were protesting and lamenting that import duties were going up because, yes I have removed one percent import duty and maintained the two percent special levy and extended but at the same time I have introduced benchmark value across board which in most cases have increased the import duty because those values are far higher than the normal value you pay”.

“So because of that increase and how it was leading to smuggling and all that government said this strategy of increasing indirectly through this generalized benchmark value system is not working so we are going to give you a 50 percent discount, it was not a favor”, he added.