Mr Phanuel Kadey Donkor, President Akuffo Addo’s nominee For the position of District Chief Executive for Adaklu on Monday became the first casualty so far in the Region. 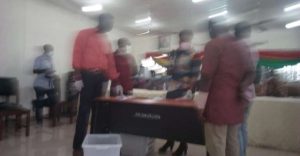 Seven nominees before him were endorsed in the same Region and Nine assembly members voted yes representing 44.36 percent while 9 others voted No with one ballot rejected.

The election was supervised by the Electoral Commission of Ghana. Mr Donkor, 37, a teacher by profession is the current DCE for the area. In 2017, Mr Donkor got 14 Yes votes out of the 19 ballots cast. before his confirmation in 2017, two female candidates were rejected by the Assembly.