Home / Featured / I Am Not A Fan Of John Mahama, But He Deserves Commendation For His Support For Covid-19 Fight – Eugenia Akua Koomson, (Deputy Director AWED) 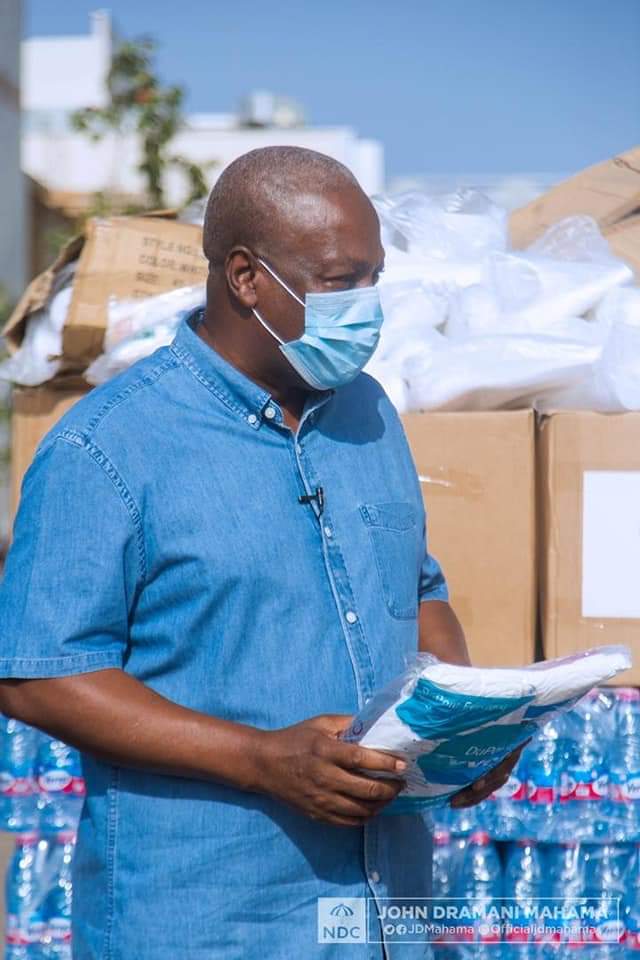 I Am Not A Fan Of John Mahama, But He Deserves Commendation For His Support For Covid-19 Fight – Eugenia Akua Koomson, (Deputy Director AWED) 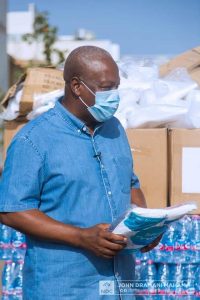 I am no fan of Mr John Mahama. I repeatedly condemned some of the decisions he took and some policies he implemented and held him responsible for the economic and power crisis we experienced during his time. Yet, at this stage, we must check our oppositional instinct and commend him for the leadership qualities he has exhibited so far in the Covid-19 fight. This is not the moment for adversarial politics. Ghana needs both the government and the opposition to face this crisis. A crisis like this call for maturity, cooperation and collaboration.

The opposition needs not and must not endorse whatever the government does in pursuit of this decision. The opposition in all true democracies, has three rights: to ask, to alert, and to expose and this is exactly what the opposition in Ghana lead by the former President is doing.

A good political leader should be one that loves the people he leads, or, wants to lead. I think this quality is what has empowered the former President to cooperate fully with the incumbent to stop the spread and containment of the virus. 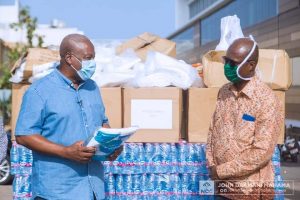 Plato, one of the great political philosophers, who lived in Athens between 429-347 BC, was deeply concerned with the issue of quality of political leadership and this led him to insist that to be a political leader, one should be a “Philosopher King”. This king must be sound and strong in intellectualism and integrity. With such a leader on the throne, justice can be achieved for the common good of society. As such, morality or ethic is important to Plato in the achievement of the common good.

But to Machiavelli, integrity and intellectualism may weigh down the political leader from achieving common good and therefore, the leader should use any means possible to achieve the common good: what is important is the achievement of the common good (the consequentialists). A discipline political leader, be he an opposition leader or the leader of the nation is one who is always prepared to do the right things, obey the rules of laws and positive traditions and customs of the people.

The former President has shown through his actions in opposition that he loves the people he wants to lead. I must also commend him and his party for their spiritual support.

The fear of God is yet another quality of a good political leader. In political philosophy and ethics, less attention was given to this aspect of leadership quality except St Augustine who mentioned that God has a role to play in human development planning and implementation. It is my wish and prayer that my party is retained. But if God grants the former president the second opportunity to lead this country, I pray he exhibit same enviable and wonderful leadership qualities. He is winning many admirers because of his behaviour in opposition. A leader with the fear of God will always place the interest of the people above his personal or party’s interest. Such leaders have a better understanding of the meaning of human life no matter which such life is located or positioned on the political landscape or the country.

The former President has shown that his personal political stance and interest to lead the country are his private matters and always prepared to leave them out the door once he steps out into a leadership role, or when it comes to dealing with sensitive national issues or crisis. So far, he has been able to move above and beyond any egoistic and primitive need for power, attention, or establishing his personal or party’s agendas and works with the intention of good-of-all.

Deciding which candidate to vote into office is simply a matter of party affiliation for many people. Significant number of people, however, cast their votes based on specific characteristics the candidates exhibit. I see many voters basing their decision based on the second phenomenon come 2020 Presidential elections.

Let me once again say ayekoo to the former President for his true compassion and for showing that he understands the give-and-take aspect of politics.