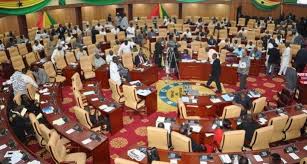 Ladies and Gentlemen,
The Volta Caucus in Parliament is grateful to you for honouring our invitation to this very important press engagement.

We have convened this press interaction to register our most strong displeasure and outrage at the Government of President Nana Addo Dankwa Akufo-Addo for the deliberate neglect of the Volta Region from the list of ‘Critical regional road projects programmed for construction in 2020’ as contained at pages 160 and 161 of the Budget and Financial Policy of the Government of Ghana for the year ending 31st December, 2020 which was presented to Parliament on behalf of the President by the Finance Minister, Hon. Ken Ofori-Atta yesterday the 13th of November, 2019. 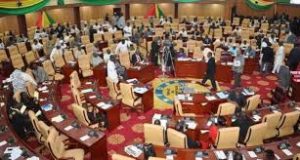 Ladies and Gentlemen,
Further scrutiny of table 21 – which is the table in issue reveals that all administrative regions of Ghana except the Volta Region was catered for.

It is also to be observed that apart from Volta being conspicuously missing in the Regional Column, not a single road or bridge appears in the Roads/Bridge Column designated for the Volta Region.

Ladies and Gentlemen,
We all heard the Finance Minister proclaim that 2020 is ‘The Year of Roads.’  Paragraph 252 of the Budget lays emphasis on this proclamation. How can it be, therefore, that your flagship initiative for the 2020 fiscal year will leave out an entire region in what is arguably the most important table in the budget document?

Ladies and Gentlemen,
We have noted attempts by some Government functionaries to explain away this cardinal sin.  Perhaps the Senior Minister’s explanation as this being an obvious mistake is the most untenable.  The question is: when was this obvious mistake detected and how come no corrections have been effected as we speak?

Again, Government must be explaining how come the figures allocated for critical regional road projects add up? In other words, there is no gap in the budget to make us believe the wishy-washy denials that the Volta Region is not being discriminated against.

For a Government that touts its credentials as having the men, never mind that they ignore the women – it is unfathomable that such mistakes would be allowed to occur up to this point even if they were mistakes or examples of the gross incompetence Ghanaians have been subjected to.

Ladies and Gentlemen,
We in the Volta Caucus refuse to accept the lame and unconvincing excuse of a mistake. We are convinced that this was a grand scheme to discriminate against the Volta Region by denying our constituents their fair share of the national cake just because of our voting pattern.  Our suspicion is further fortified by the pronouncements of other Government officials who have put out the most reckless and insensitive defence of this unconstitutional conduct by the Akufo-Addo Government.

We condemn this unconstitutional conduct of the Akufo-Addo Government with all the force at our command and demand that within 48 hours, the Chiefs and People of the Volta Region should be apologised to unreservedly and that the region should be immediately considered for its fair share of projects under Governments Critical Road Projects failing which the Minority will announce its next step of actions.

We are grateful for your time and solidarity.