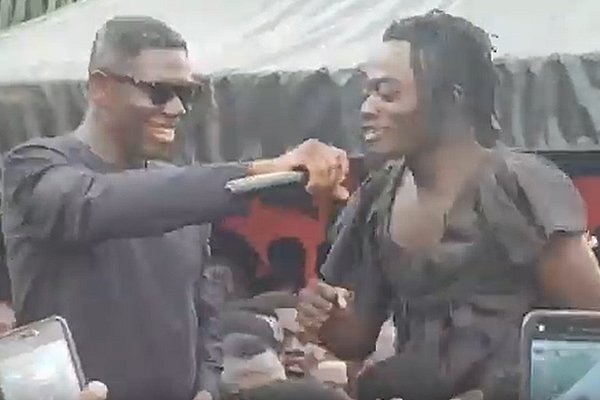 End of Beef? Agya Koo And Lilwin Unites and Perform Together 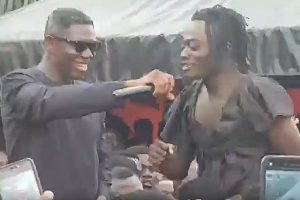 A comment by Kumawood actor Agya Koo at the launch of his channel on 2CTV February last year triggered rumours that all was not well between him and colleague actor Lilwin.

Agya Koo, born Kofi Adu, who was pivotal to the growth of the Kumawood movie industry, was reported to have said that current crop of local actors, including Lilwin, were not his class in the acting business.

In the heat of the growing speculations that Agya Koo could be beefing with Lilwin, born Kwadwo Nkansah, the latter tweeted: ‘’Agya Koo is truly a legend and a Hero, Am no his co equal…. God bless you, you pave way for us….. Kudos King Kong…. Am Kwadwo Nkansah Lil Win’’

That tweet was not enough to sway people from the belief that the two talented actors were not beefing.

A new video that has surfaced online seems to paint a different picture of the alleged sour relationship between the two.

Agya Koo and Lilwin mounted the stage to perform together at the funeral clearly giving the indication that all was well between them.

It is, however, unclear what or where the video was recorded.