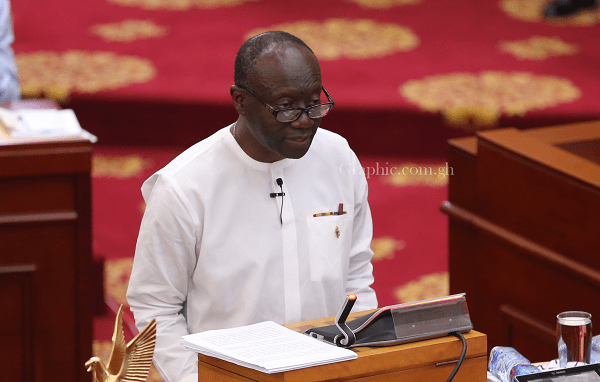 INTRODUCTION
1. Right Honourable Speaker, Honourable Members of
Parliament, on the authority of His Excellency the President
Nana Addo Dankwa Akufo-Addo, I beg to move that this
august House approves the Financial Policy of the
Government of Ghana for the year ending 31st December,
2020. 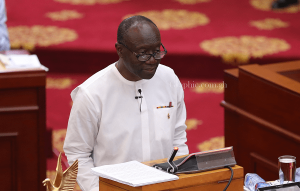 2. Mr. Speaker, on the authority of His Excellency the
President, and in keeping with the requirement of Article
179 of the 1992 Constitution of the Republic of Ghana, and
Section 21(3) of the PFM Act 2016 (ACT 921), may I
respectfully present the Budget Statement and Economic
Policies of Government for 2020 to this Honourable House.
3. I also submit before this august House, the 2019 Annual
Report on the Petroleum Funds, in accordance with Section
3
48 of the Petroleum Revenue Management Act, 2011 (Act
815), as amended, and a Report on the African Union 0.2
percent Import Levy.
4. Mr. Speaker, this statement is an abridged version of the
Budget Statement and Economic Policy of the Government
of Ghana for the 2020 Financial Year. I would like to request
the Hansard Department to capture the entire Budget
Statement and Economic Policy.
5. Mr. Speaker, in substance, 2019 has been a very good year
for Ghana. This is the year that one can confidently say that
God’s blessing of the hard work is beginning to manifest,
putting us on a positive trajectory for a proper lift. I say so
because:
i. We have won some painful but necessary battles
for God and country;
4
ii. We have quietly but incontestably achieved
significant structural changes for the economy;
iii. We have stabilized greatly the macro-economic
turbulence that was all too regular a feature in the
management of the national economy;
iv. We have delivered on our flagship programmes;
v. Mr. Speaker, the gains made so far are significant.
6. It is proper to put this budget into perspective to
understand how far we have come. On Thursday, 2nd March
2017, I had the honour and privilege to present the first
budget of President Akufo-Addo to this House. At that time,
as you may recall, the economy was in a very bad shape,
suffocating under a mixed weight of debts, arrears, very
high cost of living, high youth unemployment and the worst
growth rate since 1994. Moreover:-
i. Growth in agriculture was declining;
ii. Industry growth was in the negative;
5
iii. Interest rates were high;
iv. The banking system was weak;
v. Unemployment was rising; and
vi. Businesses and households were working mainly to
pay off their utility bills. 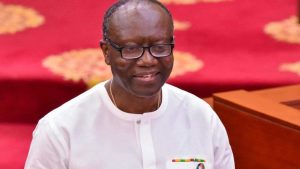 262. God Bless us all and God Bless our homeland, Ghana.
263. Right Honourable Speaker, I so move.