Home / Featured / When ‘Cleanliness is Next to Godliness’ is Misunderstood 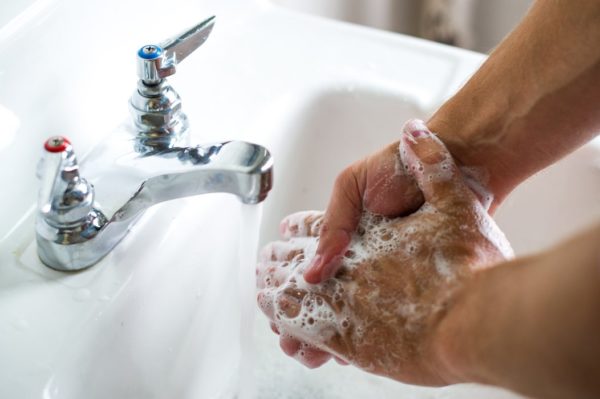 When ‘Cleanliness is Next to Godliness’ is Misunderstood

When ‘Cleanliness is next to Godliness’ is misunderstood

The age old saying; Cleanliness is next to Godliness is a saying accepted and widely used, but do we really go by it at all times or only when it’s convenient for us? It’s a question that has been bugging my mind for a while now for the simple reason that we seemingly are okay with living in filth, a closer look at some of these situations might even drive one to say we actually enjoy living in filth as a people.

Another question that usually bugs me is; are we really as godly a people as we claim to be? Because if we are, then we should know that God hates uncleanness.

But then, I often tell myself maybe not all of us really understand the concept of cleanliness in its entirety or we wouldn’t wash ourselves and dress nicely while our homes and surroundings are untidy.

These people who fall under the umbrella of misunderstanding as far as this concept is concerned tend to apply it only to their bodies- after all, it is the temple of God, and they often leave their poor surroundings out of the equation. After all, the temple of God is clean and so they are good to go.

Being clean is a sign of spiritual purity or goodness, so posit the two widely practiced religions in the world- Christianity and Islam. As in; don’t forget to wash your ears, don’t forget to brush your teeth, perform ablution well, cut your hair nicely, wash your cloth-you need to be clean for God. 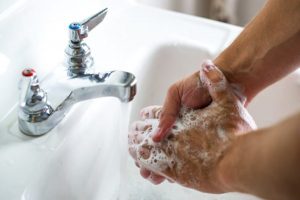 But what about; don’t dump your refuse in the gutters, don’t ease yourselves in our rivers and other water bodies, don’t sell food around open gutters, don’t litter the streets and the central business districts when there are bins designated for that etc, because they are actions of uncleanliness which will warrant God’s displeasure?

If how we practice sanitation in this country is something to go by, then we are not as ‘religious’ as we think. We can say all the prayers in the world, if God indeed values cleanliness, then we should know our rank as a people in his eyes, especially when we most often consciously practice these insanitary acts- like the people who choose to wait to dump their waste in the gutters for the rains to carry them away- knowing very well it contributes to the choked-gutters-poor drain-flooding-syndrome.

The Managing Director of Zoomlion Ghana, Mrs Florence Larbi is quoted to have said, “It has been established that the general populace has a bad attitude towards waste disposal and it is becoming difficult to change the culture with adults”, this gives us an idea of the mess we are in with sanitation.

Indiscipline has become our hallmark where sanitation is concerned, and it is more worrying when media houses have to set up sanitation campaigns to assist the necessary authorities in cracking the whip on sanitation offenders.
Luv Fm in Kumasi is fighting the sanitation battle together with the Kumasi Metropolitan Assembly, and so is their sister station, Joy Fm in Accra but they can only do so much, because as I’ve said in my earlier sanitation write-up, “Dumping waste in gutters: the rain will carry away canker and its damning effects”, without attitudinal change, very little can be achieved in this fight.

I can hardly believe why we have to be told not to live in filth and more so, be threatened to be sent to court before we keep our surroundings clean. But as clear as day, that is the situation we are faced with as a people, that is how we’ve chosen to live, albeit with its damning effects.

Duty bearers must rise up to the occasion, so should all concerned. We must as a people, reinterpret the saying; Cleanliness is next to Godliness in its entirety to the understanding of all; maybe, just maybe we will then begin to keep our surroundings clean and not just ourselves.