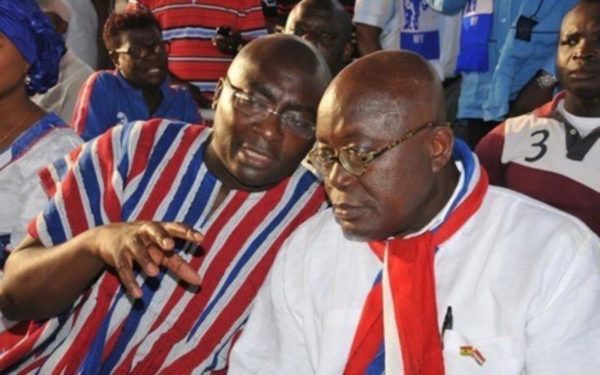 THE COMING PERFECT STORM
(Part 1 of 2)

IT looks certain that if the current socio-economic trajectory is not reversed, the 2020 elections would be decided between now and the first quarter of the coming year. Many believe the president has passed the point of no return; that a second term is not realistic. I do not have the insight to make such a bold prediction, considering that in our environment an election could be won in six month. What I know is that, our current trajectory is not leading us to a second term. It is more and more becoming a mission impossible.

The current bread and butter anxieties are making JM attractive. The nation is forgetting the cries of 2015/2016. It is either we the NPP are performing so badly or we misrepresented the true state of affairs to the nation to get us elected. The president should take a cue from Maslow’s hierarchy of needs and apply it religiously to the nation. As a nation, in our current developmental needs, we crave for our physiological (food, water, shelter, clothes…) and safety (personal security, emotional security, financial security, health and well-being) needs to be met than grand projects.

Whatever the case is, we have neither told our story well nor thrown a compelling narrative out there. Mustapha Hamid had his genuine challenges with resources leading to the era of Kwadwo Oppong Nkrumah. As time begins to grind, it is becoming clear that Kwadwo Oppong Nkrumah is not cut for the unscripted, unplanned and unpredictable “communications” needed to drive our party’s communication machinery. His reflexes are too slow. He lacks the ruggedness of someone who has gone through the political mill. His imagination is not sharp enough, thereby leading to our communication being reactionary. Sadly the President’s voice is more and more becoming lost. 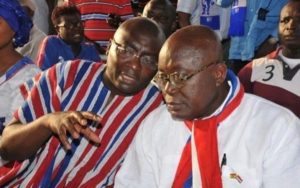 We have exhausted what could have become our most important trump card: The Free Senior High School. It was implemented too early and the poor handling of the problems, which emerged by the Ministry of Education, hurried the erosion of its lustre. Had the programmes started in academic year 2019/20 or 2020/21, enough technical work would have been done to avoid much of challenges, which emerged. Under such a scenario, only the miraculous hands of Jesus could have saved JM. Well, we now know we rushed to implementation.

Bearing any major game changer programme, we are back to retail politics. The long awaited prosecution of corrupt NDC appointees would not be a game changer. The nation is too moody to reflect on the indirect benefit of such prosecutions. More so when we are now viewed as equally corrupt as the NDC was.

We promised too much and we are giving too little.

The President has lost much of his political capital. He has to react. His first reaction has to be firing the Chief of Staff. She is highly ineffective; soft-hearted and lacks the ruthless efficiency required to manage a government machinery.

The President has to root out appointees who have become a law onto themselves. This bold man who could stand up proudly to President Macron publicly, is being led to the slaughter house by political entrepreneurs, and rogue elements. He sees yet he watches on. Is it one of the tricks power plays on the powerful or the sentimentality of an aging warrior? It could be both but to my mind, it is more of the later.

A far greater danger looms. It is danger with generational consequences. Ken Ofori-Atta’s banking takeover and restructuring of the indigenous financial space disguised as Banking Reforms, bullishly implemented by Dr Addison and naively supported by Elsie has cost the President an honoured place in history. By a stroke, the President has robbed Ghanaians one of the three pillars for wealth creation. He has handed over our economy future as a nation to foreign interests who now own the financial sector. Has the final nail been fixed to perpetually keep us in economic servitude? Barclays, Stanchart, Stanbic, UBA and Access banks now determines who invest, clears his goods from the port on time, expands his business or engages in a meaningful economic activity leading to generational wealth.

To a large extent, it has for now cost him the blessings of heaven.

“Mother Africa cries but there is no leader to hear her voice. Her leaders have eaten the food of vanity. They have lost their path and given themselves over to a path against the will of heaven.”
Arnold Boateng ( Alliance for Accountable governance, AFAG)